It can be argued with the theory that the universe is flat. For that, we can invoke a comparison of the table’s effect. The table is of the form of rectangular. This is our universe. We are just a tiny dot in that rectangular (universe). Behind the table (rectangular) begins the real universe – a room (room or house effect). Because of our special smallness, we can barely conceive the effect of the room or house. However, the universe does not end with that. It continues further and goes out behind the margin of the room and house outside. That all outdoor (all the Earth) is the real size of the universe. But does that show us the proof God created a universe?

Thus, the universe can be compared to the Earth’s model. Therefore, the universe is not as flat but oval as the Earth. Only because of our smallness it can look like various shapes, but at the very end, it has to be seen oval (if we look from afar). It may be that there are parallel universes. One form of a sphere (bubble) covers the other and so on until infinity or n times. Thus, we can live in the bubble’s bubble or bubbles’ bubbles. However, bubbles have to hold on to something, and the question is, what they are holding? What is behind those parallels’ bubbles? 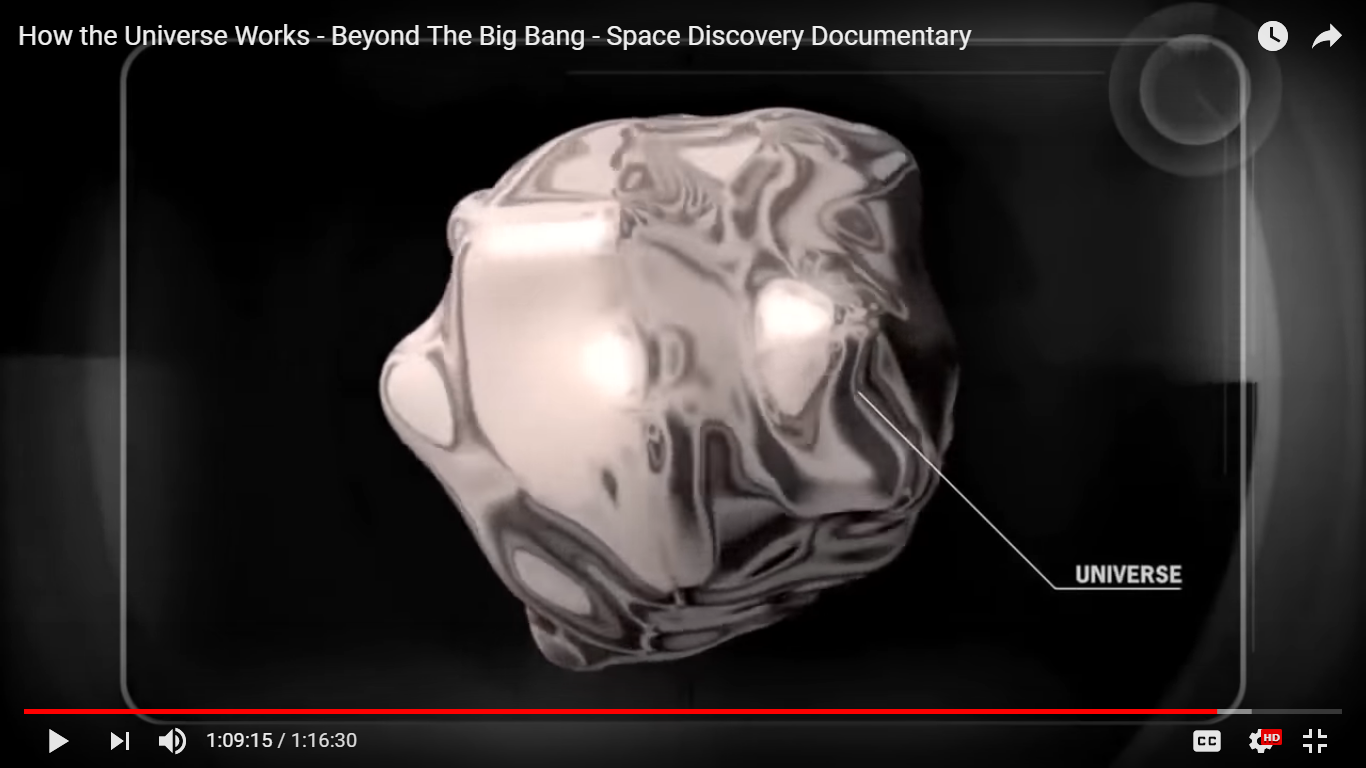 Maybe other dimensions: 1, 16 or infinite dimensions? Do you have a different approach?

Still, and all, those dimensions would have to fit into the bubbles universes because bubbles of the universe form separate dimension together. There is no doubt that there are completely invisible dimensions for us—one of them – a postmortem world ruled by God. The only current dimension of ours is clear and known for us. By the way, it has not been solved until the end yet, and because of that, it is stated (in science view) that it is a little clear.

I assume that to see and perceive those dimensions, we have to pass through them. To one of them, we pass through naturally when we die. Hence, the ‘death dimension’ in the current dimension never really reveals and perceives because it is got to it (like to the other world whatsoever) only when you die on Earth. Therefore, there is no doubt that the ruler of death dimensions’ is God. Also, God is a ruler of the current dimension and dimensions. As mentioned, all dimensions have to hold on to something, even if it is eternal and infinite.

Besides, it may not be eternal and infinite for most in our bubble and bubbles of the bubbles. There is the final very far point or starting point from what comes all the bubbles coming out behind it. We cannot perceive that in reality, because as mentioned, we are too small. For us, we are natural that our bubble (oval, universe) is infinite and eternal.

Thus, the universe is only very conditionally infinite and eternal or with a ‘star’ eternal as an exception.

There would fit a comparison when we stand on Earth on the mountain and see that the sky is infinite. Although at the same time, we know that it is not. There we can see the optical illusion of the eyes because the Earth as all the universe or one of the universes is just round. Willing to see we need just to fly out from it. We can fly out from Earth to the universe, but from the universe, to do that is more than complicated because there are no clear boundaries where the universe begins. Moreover, it would be unclear whether we flew out from our bubble universe to another because it can be connected as a line that crosses with a line. For example:

From this total disorder and at the same time order (it may look order for us, because of our smallness) (and it does not matter how you render it), there could be infinite or finite possibilities. But finite does not actually mean finite in our perception. It can be too great for our mind to perceive or even imagine that finite. We can only make guesses about the secrets of the universe, universes, dimensions and so on, but we may never find out all the answers. Maybe it is because of our nature and purpose why we were created as very complicated subjects. There is no doubt that some big power or even powers lie behind, beyond and even further.

Thus, a universe can be flat, but only conditionally.

Hence, all the universes and dimensions are held and created in God’s “hands”. That mentioned initial point is God or his world and his perception. Maybe there are even more dimensions than we can imagine, and for us, it would not even fit in our mind’s limited boundaries. It is God’s dimensions that are known and understandable only for him. It is God’s worlds, dimensions and universes.

Maybe God’s real nature conceals all the reality he knows alone (he knows himself where he originated and came from). Although the words “came from” or “originated” perhaps does not suit here, because it is impossible somehow to explain and perceive it. Everything and all of it likely fits into one palm of God’s hand and swing. Everything together, at tremendous speed and with the same mind, is ruled by God. Therefore, it is a possible variant that in the universe or most universes, we are alone. E. E. Everything around us is only “toys”, which, for us, small, look incredible.

The other variant is that other life forms exist if God wished elsewhere.

Something elsewhere can be so in our universe’s bubble, so our universes’ bubbles’ bubbles more in other dimensions only known for God. But those forms may not exist because it is known only for God, and it is his matter and not humans’. Thus, to say that there is no God would be more than absurd. Maybe the universe’s dark matter and invisible energy can be a road to another universe (other bubbles). However, passing through them and entering another universe, other bubbles or even dimensions would not be possible to dig until the final point. It is too far – infinity or eternity.

It is understandable why we cannot see or cannot directly see God – we are (live) in different dimensions.

However, also because God is together in all possible dimensions. But I assume that God can “come out” or “show up” even to our dimension and so to any other because it is all ruled by him. Therefore, sometimes we can see God in our current dimension because nothing is impossible for him looking from our eyes.

The question is: where is God? Why there is proof God created a universe?

I would assume he is everywhere together: so in dimensions and behind their boundaries. I would also assume that time as such does not exist for God. Especially our imposed time so that it would be easier to live.

Call this topic crazy, but I say that everyone can have their own perception about this subject and questions. There is no single clear answer or explanation for that. There is no doubt that subjects and questions like this consist of philosophy, astronomy, theology and other similar fields.

God's UniverseThe Mystery Of The AstronomyThe Ruler Of The UniverseUniverse Secrets

An Eternity In Avatars